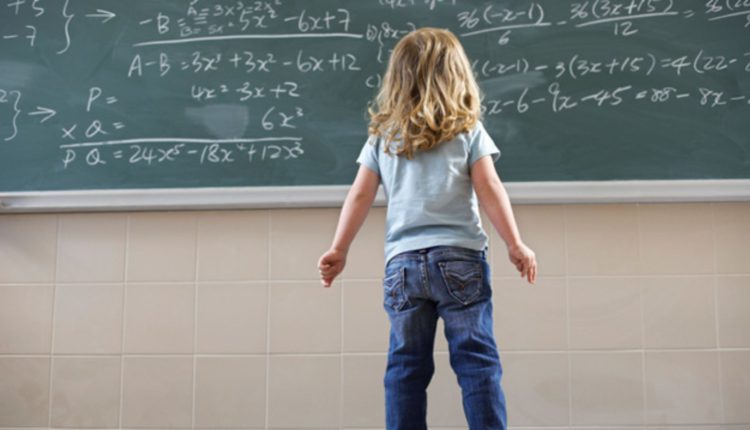 We sees shows that invite young children who are extremely talented and wonderfully gifted and are able to do things that adults, five time their age aren’t able to do. These kids are called child prodigies because it seems supernatural accelerated almost to see a child pay a piano like a maestro. Or ace the spelling bee each time.

Before we explore the term child prodigy, we need to understand what exactly is a prodigy. We all are a part of the ordinary lives waiting impatiently in search of something special, extraordinary, exemplary that blows one’s minds away. Such is the case with child prodigies. They have an accelerated capacity to achieve great heights of success in certain or multiple fields that are deemed mostly impossible for kids of that age. Although the precise definition of modifying is often debated upon, what one can’t debate upon is the existence of child prodigies. Children who master incredible skills below the age of ten which only adults with a lot of practice and perseverance are only capable of understanding. From the fields of music, chess, mathematics to much more, child prodigies have been a blessing to our kin for showcasing that miracle do exist. Their expert proficiency and a profound grasp over a field usually unthinkable for kids of their age are what sets them apart.

A look into the term:

In the terms of psychology research, child prodigies are individuals below the age of ten who produce meaningful output. In some domains, they are as effective as adults with all due credits to their accelerated skill sets. Also known as a wonder child, child prodigies are mostly seen to acclaim massive success at a very young age. They are known mostly to garner immense success and fame within almost no time as the world is left in sheer amazement given how blessed certain individuals can be.

A dive into the memory capacity of child prodigies:

There have been variable researchers revolving around child prodigies to look into the fact that what made them turn into an accelerated version of adult achievers. PET scans for instance performed on several mathematician prodigies showed that these talented individuals often think via long-term working memory. This memory helps them in their ability to hold relevant information and helps them gain an accelerated ability to conquer major milestones at a very tender age.

As the topic of discussion still has a lot of debates to its name as to why and how does the child gains such excellence there have been many theories surrounding them. Some researchers debate it that prodigious talent tends to arise as a result of the innate talent that is inbuilt in the child. Others believe that the environment plays a crucial role in the accelerated ability of the child. Another point that stands out is the Prodigiousness ability of childhood is not always maintained as one steps into adulthood. Some researchers have found that gifted children with accelerated skill sets often fall behind due to lack of effort and appreciation or even die to the taste of early success. The prodigy has been known for millennia. The term is quite well known but not understood. A part of the early meanings of the word prodigy was all set to capture the mysteriousness revolving around a wide variety of events and processes. In its earliest use, prodigy simply referred to anything and everything that didn’t fit into the ordinary. With time, the prodigy started being used in conjunction with human behavior to showcase the fact that there were geniuses who needed a special mention. The word that didn’t coincide with accelerated abilities or with exceptional mental skills slowly went on to be narrated alongside talented individuals. Over the flowing of time, there has been a narrowing and focusing of the notion around the prodigy as a recent definition removes the distinctiveness of the word and defines a prodigy as an incredibly gifted child who had unmatched abilities in a certain discipline.

Some notable requisites of gifted children:

Gifted children will always have their own stories of glory as well as their own stories of struggle. Since these child prodigies are usually viewed as natural achievers who have an accelerated approach towards their field of excellence, getting them the assistance and all requisites that they require can be a daunting task. Gifted children are always at a risk of having strained relationships with their peers as they are mostly considered to be way ahead of their age. Mostly they are recognized as different and other times they find it hard to correlate with peers of their age groups. Also, there’s always the pressure that’s put on them but the ambiance they are in or by they as their accelerated performance always needs to cross a set benchmark. There’s also a complex idea that revolves around their entity that can make it quite hard for them to open up.

The underlying advantages and disadvantages of being a child prodigy:

A child prodigy generally learns way is and easily attains an accelerated standard of achievement. At times they are even capable of outmatching adults in their chosen discipline. Such is their precision and holdover talent. Though there are an unlimited amount of advantages, there are many underlying disadvantages as well.

Society’s standard of child care and education hardly seems to fit the needs of the gifted child prodigies. The child often is forced to masquerade as a normal child and hide his overly talented abilities. With time and ignorance and often a negative approach, the child may become bored, ostracised, frustrated, and isolated from the norms of societal education. There’s so much wrong can happen to these kids with an accelerated approach to various chosen disciplines. In most notable cases, there’s more opposition that a child faces in comparison to the support that they should originally be receiving.

But reverting to the fact that they are highly talented individuals, anything can happen if these child prodigies are given the actual support that they should be receiving. The genius in them can grow up to become incredibly talented individuals who can gift an unhindered amount of talent to the community. Each of them could add everything to the world that’s needed.

Some praiseworthy mentions of child prodigies that have made landmarks in the world: