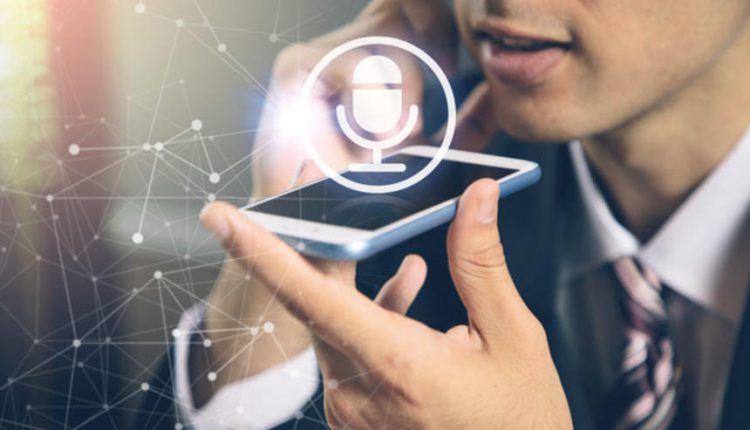 In the last few years, Voice technology has greatly changed. These improvements are all attributed to Artificial Intelligence deployment (AI). AI made speech technology a lot simpler and more adaptive. Efficiency in marketing is the key to success. The quicker you deliver results, the more you can concentrate on optimizing your overall approach and attracting more of your audience’s interest than your rivals can.

But the physical act of printing out personal notes, your own thoughts, and other papers is much slower than the natural working speed of the brain. The fact that you type slowly than you would expect means that you’re actually spending a decent chunk of time on stuff that could be automated.

The brain of man is complicated. However there are limits on what it can achieve. It is impossible, at best, for the programmer to conceive about all potential eventualities. In conventional software development, engineers are instructing software about what to do and under what conditions. It’s a time-consuming, monotonous process. It’s not rare for developers to make minor errors that become visible glitches once the software is released. The AI-powered speech processing revolution is radically transforming the way many companies operate.

Voice technology/ies are expected to hit billions of people over the coming decades. Voice is now smashing technology boundaries by making human-technology contact simple, intuitive and a personal mode of communication. Soon, anything that was once at our hands would be powered by a voice. Voice technology provides users the best hands-free and natural environment with limited investment in time to understand technology. It has built an environment that includes creators and speech companies, and this just ensures an upward growth for the industry. However there are still holes in the industry when it comes to the knowledge and implementation of speech technologies.

Voice assistants (Voice technology) will do a lot more than just browse. They can help you book appointments, tickets, play music, take notes, and more. Apple is providing Siri, Microsoft is running Cortana, Amazon is using Alexa, and Google has developed Google Assistant. They’re now able to grasp not only the question you’re asking, but also the general meaning. This skill helps voice tech to produce great outcomes.

Previously, correspondence occurred through typing or graphical interfaces. Sites and apps will now leverage the potential of smart Voice technology to improve their offerings in areas previously unimagined. That’s why voice-compatible devices are on the rise.

Search engines have had to keep up with selective optimization of text-based search requests only. As voice assistant technology goes on, it’s going to evolve. Amazon sold over 100 million products, including Echo and third-party gadgets, with Alexa built-in in 2019. According to Google, 20 per cent of all searches are voice, and by 2020 they could grow to 50 per cent. This suggests that corporations looking to develop voice technologies are one of the main places to remember, as the global voice exchange is estimated to be worth $40B by 2022.

Voice technology requires two separate interfaces. The first is between the end-user and the end-point system in operation. The second is between the terminal computer and the server. This is the server that holds the “personality” of your voice assistant. If it’s a bare metal server or a cloud server, Voice technology is driven by computing resources. It’s where all the background AI processes work, despite giving you the impression that the voice assistant “lives” on your smartphones. It seems reasonable to understand how easily your assistant addresses your question. The reality is that your phone does not have the necessary computing power or space to run the full AI software on its own. That’s why when the internet is down, the assistant is unable.

Fortunately, there’s technology that helps you to type without your hands. It’s called voice-to-text tech, and it lets you use your voice to build documents quicker than texting, speed up your workflow, and increase your productivity. But before we dive through the best voice-to-text or dictation applications for content creation and efficiency, let’s go over just what it is.

Voice-to-text platform is a speech recognition system that translates spoken words into written words. It can also recognize and comprehend human speech in order to execute the commands of an individual on a computer. Now that you know just what voice-to-text or dictation program is, here are some of the best versions available today.

Smartphones have created an entire market and marketplace for themselves with various entrepreneurs, start-ups and other companies coming into existence. Similarly, with the entrance of speech technologies, corporations are now considering voice first and looking to get on voice-enabled channels right away. Thousands of engineers, agencies, and marketers are now focusing on speech technology for foreign markets.

Health organizations are now opting for a voice interface in their technology. Healthcare sensors that measure vitals such as blood pressure, heartbeat, body temperature, etc. may only be controlled by contact in the past. With the introduction of sound, patients, particularly elderly people may communicate without moving, touching or even looking at the screen.

In addition, with children becoming a large part of the consumer base, the edutech industry has seen a sudden uptake in Voice technology. Due to its simple connectivity, children of all ages are heading towards Voice technology for education as well as entertainment. As more clients choose to build capabilities for platforms like Alexa in new markets, the true meaning and effect can be recognized.

There is currently a huge potential for voice technologies in the IoT, automation and robotics industries. The future of technology is a voice, and the promise it holds for different sectors is unbounded. The ability is boundless.

The introduction of voice technologies using AI in the cloud will provide fast processing and significantly boost companies. Businesses should have voice assistants who administer customer service while learning about these experiences and training themselves how to best support their customers