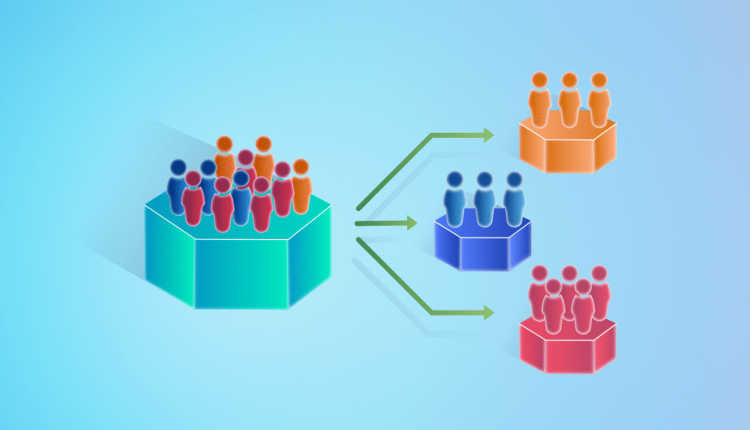 Cluster Analysis is used widely in the market to classify consumers and grouping them based on their homogeneity, which is one of its biggest applications. Classification is done on the basis of consumer’s patterns of purchasing a product.

Analyzing the pattern of deception, criminal activities, and fraudulent are detected using data mining. In the smart city projects, based on geographies, types of houses, and their values, houses are classified. In botany, plants are classified based on their similarities in genes. Clustering is getting used extensively to detect traffic on websites, particularly from bots and spams. Firstly, characteristics of the traffic resources are clubbed together to create clusters and then the traffic types are classified. This technique is used widely in detections.

Cluster Analysis is a problem formulating process which deals with choosing the procedure and the measure on which the clusters will be based, deciding the number of clusters to be formed and evaluating the validity, and draw conclusions. Clustering can be done in five ways:

The Hierarchical Clustering method works by grouping data into tree-like structures called Dendrogram, which gives sequence-wise statistics of how objects are merged. This method aims at producing a hierarchical series of nested groups. The methods to achieve hierarchical clustering are:

Agglomerative – In the Agglomerative method, every object is considered as an individual cluster and most relatable and nearest clusters are merged. It keeps on iterating until one cluster of different merged clusters is created.

Divisive – In this approach of clustering all the objects are accounted for a single cluster, and after every repetition, dissimilar objects are separated. To be precise it is just the opposite of the Agglomerative approach.

In this K-Mean method, a database containing N objects is partitioned by K partitions which are user-defined. Based on similarities clusters are formed, which are defined concerning the mean value of the cluster.

In this technique, distinctive groups are identified keeping the focus on density. It uses data connectivity and data reachability. The Density-Based Clustering aims at identifying regions where objects are concentrated and are separated by empty areas and the points that are not members of a cluster are marked as noise.

In this approach, clusters are mined into clusters in a large multidimensional space and are considered as denser sections than their surroundings. It works by performing a stepped procedure.

The constraint-Based Clustering Method deals with constraints that are user-defined. Constraint-based grouping helps interactive communications, provided by restrictions. The constraints are categories as:

In model-based clustering, the data is assumed to be formed by a mixture of probability distributions and each component representing a distinct cluster. Thus the clustering method is demanded to work well when the data fit the model.

The data which is collected is unorganized, clustering organizes the data and grouping thus makes the task of studying the data easier for an expert. The algorithms used are scalable since the database is large. The algorithms used show their versatile nature as many types of data used. The data can be binary, interval-based, or categorical. High dimensional data is handled easily using Cluster Analysis. The result of the Analysis is readable and is very helpful to draw conclusions from researches.