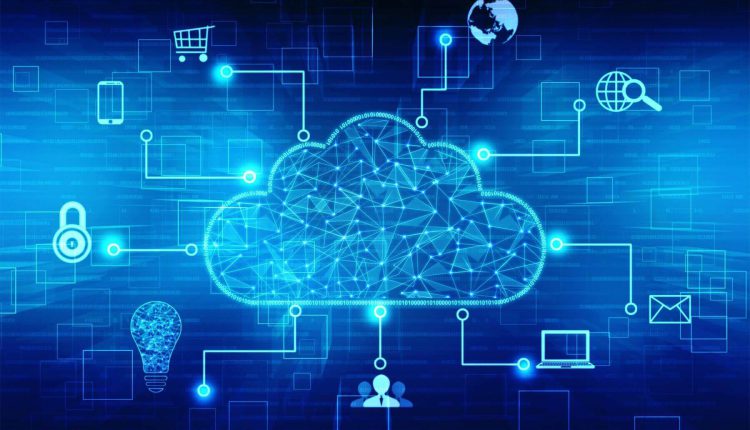 Cloud computing is the distribution of a range of resources over the Internet. These facilities include data collection tools, servers, databases, networking and applications. Instead of storing files on a private hard disc or local storage unit, cloud-based storage allows them to be stored in a remote archive. As long as a computer system has access to the internet, it would have access to the data and software programs to run it.

Cloud storage is called as such since the knowledge being viewed can be located directly in a cloud or a virtual environment. Companies that have cloud storage allow users to store files and software on remote servers and then access all data over the Internet. This ensures that the user is not forced to be in a certain position to obtain access to it, enabling the user to operate remotely.

Cloud computing as a word has been available since the early 2000s, but the idea of computing-as-a-service has been around for far much longer—as far back as the 1960s, when data desks would allow businesses to reserve time on a mainframe rather than having to purchase one on their own.

These ‘time-sharing’ services were largely overtaken by the advent of the PC, which made buying a computer even more accessible, and then by the rise of corporate data centers where businesses would store huge volumes of data. But in the late 1990s and early 2000s, the idea of rental access to computing power resurged — in application services providers, utilities machines and network computing. This was followed by cloud computing, which really took hold of the advent of tech as a service provider and hyper-scale cloud computing providers such as Amazon Web Services.

Cloud computing eliminates all of the hard lifting involved in crunching and manipulating data from the laptop you hold or sit and operate on. It also transfers all this work to massive computing clusters far out in cyberspace. The Internet is becoming a cloud, and that’s it, your files, jobs, and apps are accessible from every computer you can link to the Internet anywhere in the world.

Cloud computing can be both private and public. Public cloud providers offer their services on the Internet for a fee. Private cloud providers, on the other hand, only offer services to a variety of users. These systems are a network infrastructure that offers hosted services. There is also a hybrid alternative that incorporates aspects of both public and private services.

Regardless of the type of operation, cloud storage systems offer a variety of functions to customers, including:

Cloud computing is still a comparatively recent service that is being used by a variety of various organizations, from multinational companies to small enterprises, non-profits and government departments, and even individual customers.

Instead of owning their own network systems or data centers, businesses can lease access to anything from software to servers from a cloud service provider. One advantage of using IaaS platforms is that companies can eliminate the initial expense and difficulty of buying and running their own IT networks, and only pay for what they need when they use it. In exchange, IaaS vendors can benefit from large economies of scale by selling the same services to a wide variety of users.

A core idea behind IaaS is that the location of the application and certain specifics, such as the hardware or operating system on which it runs, are completely irrelevant to the customer. With this in mind, the cloud metaphor was taken from old telecommunications network schematics, in which the public telephone network (and later the Internet) was mostly described as a cloud to denote that it really didn’t matter—it was just a cloud of things. This is of course, an oversimplification; the position of facilities and data for many consumers remains a key concern.

Accurate advantages differ based on the type of cloud technology used but cloud providers generally mean that businesses are not obliged to purchase or manage their own computing resources. No more servers, apps or operating systems to procure, decommission and disposal as redundant as the retailer is responsible for, of hardware or applications. It may be fair to turn to a cloud service instead of relieving on in-house expertise for commodity applications like e-mail. A firm specializing in running and securing such services is more skilled and seasoned than a small business can afford to employ, allowing cloud services to provide end-users a safer and more effective service.

Cloud platforms ensure that businesses can move quicker on projects and evaluate ideas at no expense, since they only pay for information they use. The cloud supporters also talk of this idea of market agility as a significant advantage. It is more straightforward to get started with new applications as the opportunity to spin new services without the time and expense involved with conventional IT procurement. The elasticity of the cloud makes scale-up simpler if a new program turns out to be a wildly successful one.

Many organizations are of course, still worried about cloud protection, while safety violations are uncommon. It is mainly dependent on how stable the current networks are to be IaaS. In-house networks operated by a team with several other items which are of interest are more likely to be leaker than systems supervised by the engineers of a cloud supplier who secure the infrastructure.

However, security issues persist, particularly for organizations that transfer their data between several cloud providers, leading to the growth of cloud security tools that track data travel from and to cloud and across cloud platforms. These tools may detect the abuse of cloud storage, illegal downloads and malware. However, it has a financial and efficiency effect: these instruments will slash the cloud’s investment return by between 5 and 10% and the impact performance of 5 to 15%.

Despite its long history, cloud computing is only at a comparatively early stage of acceptance. Often businesses still look at which software to pass and when. However, use is only likely to grow as companies become more comfortable with the fact that their data is anywhere other than a server in the basement. We’re also relatively early on in cloud adoption—some figures say that just 10% of the workloads that could be moved have already been migrated. Those are the simple ones that economics is difficult for CIOs to argue with.

Cloud computing is not always cheaper than other modes of computing, just as renting is not usually cheaper than buying in the long run. If an application has a routine and consistent demand for computing resources, it could be more cost-effective to deliver the service in-house.

Any organizations may be hesitant to host confidential data in a facility that is often used by competitors. Changing to a SaaS application can also mean that you are using the same software as your competitor, which may make it impossible to build some competitive edge if that application is central to your market.

Although it can be easy to start using a new cloud service, converting old data or applications to the cloud may be a lot more difficult and costly. And there appears to be a lack of cloud expertise with DevOps personnel and multi-cloud control and management awareness in a particularly short supply.

Things to consider while choosing a vacation package