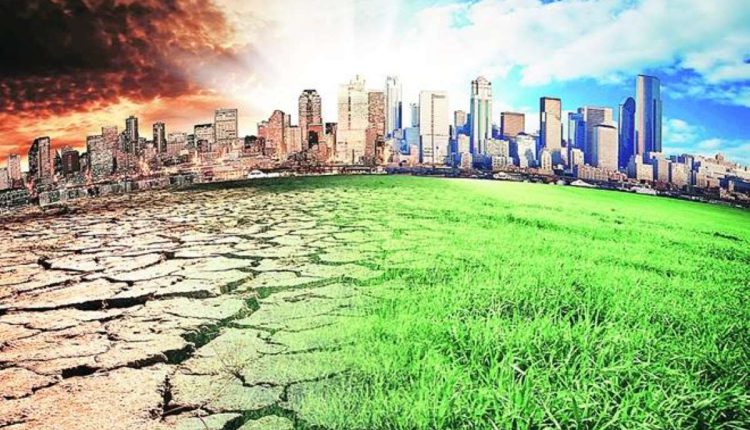 Climate change is one topic that is everyone’s subject of discussion. Right from politicians to actors, everyone has something to say about how we humans have ruined the only place in the universe that sustains life. And they are not wrong. However there is one group of enthusiastic people who believe the science is wrong, data is rigged and nothing really is happening to the polar ice and the bears that live there. Let’s read further to find out.

Climate change is a hoax?

There is one group of people (non-believers) who deem climate change a hoax. That earth is more powerful than any living being on the planet and collectively human beings are not strong enough to “destroy” a whole entire planet. They also believe that the rising temperatures and then the cooling down of earth is as natural as it gets. Science, though, has reports to prove this unworthy theory wrong.

Changing climate, as an issue, is not able to find a permanent solution because of these types of varied voices that keep sending out contradictory statements. As these voices keep growing louder, there is a confused message being sent out to people. They don’t know what to believe. Also, the science behind understanding climate change is dense and usually there is enough politics behind the “no action” status. All this accumulated is doing more harm than good. The fact is, the earth truly is getting warmer because of human activities and if something is not done soon, we will have a hard time ahead.

Millions of people around the world are seeing firsthand the effects of the change of climate over the world. Thanks to these people there is enough pressure on the government to take stringent action and do something about the issue at hand.

Scientists have measured carbon dioxide levels in the atmosphere for several decades now. There is a sudden rise in the carbon emissions since the Industrial Revolution which took place in the 1950s. This record breaking spike has not come down ever since.  These evidences create a direct irrefutable link between human activities and the growing pollution in the atmosphere. With the increase in the use of crude oil and coal to power homes, factories, airplanes and cars, we have been successful in polluting the planet, even though we never intended for that to happen.

The next major reason for the earth to be slowly and steadily dying is the population explosion. As astonishing as it may sound, the population of our dear world has tripled in the last seven decades alone. More people means more food, more basic needs, more use of animal products. The problem with eating animals is that it releases another gas called methane into the air. This simply adds to the greenhouse effect – where the gases rise above in the atmosphere and when the sunlight enters the atmosphere it is trapped in these gases causing the earth to get warmer. There are millions of species of animals on the verge of mass extinction and this need to be stopped immediately. This causes further damage as the ice from the polar and arctic regions are melting. The problem with the earth getting warmer is a grave concern because the current temperatures of earth have been the highest since the last Ice Age which was 10,000 years ago.

One can live in denial all the wish, but the effects of a warmer earth are already being seen world over. There are tsunamis and floods in some places while other places are dying in drought. Millions of lives are lost world over as the rising sea levels destroy homes and lives. With the sea levels rising, about three millimeters a year, the amounts of clean drinking water levels are going lower – naturally because if salty sea water mixes with fresh drinking water, what’s left to drink?

Displaced people become refugees and that starts another problem which we don’t have enough time or hands to deal with. The situation is so grave that scientists are predicting entire coastal cities will be under water within the next eight decades. Islands will vanish in the near future, leaving millions displaced, if they survive and are rescued in time, that is.

Efforts to slow down climate change

The Paris agreement was signed between countries to help slow down the emission of carbon dioxide. However, US, one of the biggest polluters, pulled out of the agreement and other countries have been accused of not meeting their targets or not setting ambitious enough targets in the first place.

It is countries like Gambia, India and Morocco that have taken serious action to control climate change. Massive renewable energy projects are taking place in these countries. There are others that are trying to their bit by making public transport absolutely free. This means there will be fewer cars on the road. One person – one car is a luxury that the Earth cannot deal with at this moment.

Experts are of the opinion that something drastic needs to be done. This would require the world leaders to be united against this cause. More and more people need to be made aware of the rapidly dying planet because of their actions. Reduction in the number of cars on the road, burning less fossil fuels, shifting to renewable energy sources that are in fact cheaper in the long term, cutting down the animal slaughter, using trains and cycles as a means of transport, careful consumption of products will all help if done collectively by a large enough number of people. Meat eating is actually one of the biggest problems that needs a solution, says Charles Darwin’s great-great grandson Chris Darwin. Adopting a vegan diet is the only way to prevent animal slaughter. Once the demand for meat goes down, fewer animals will be raised, bred and slaughtered, directly impacting climate change.

It’s either this or climate change will have a more permanent, more destructive solution for us.