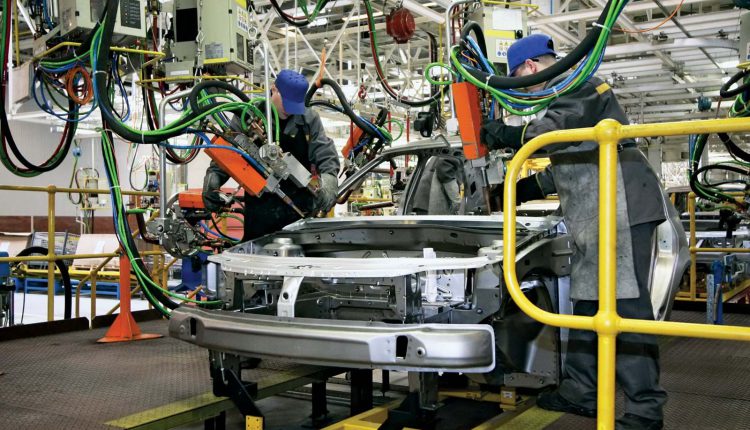 The Automotive industry is a major industrial force that works effectively on the economy as well. It includes all those companies and activities that relate to the manufacturing of the vehicles. It also includes most components such as engines and bodies and excludes the tires, batteries, and fuel.

From the early 1950s, it can be seen that the automotive industry in India has grown very much. It has come a long way as the production of vehicles annually was limited to 40 thousand, but now it is above 5 million. It is also a changing factor that earlier the manufacturing in India was limited to only three companies and they are Hindustan Motors, Premier Automobiles, and Standard Motors. The expertise in this sector was largely achieved through trials and errors in the early stages but now the companies are more and trial techniques are different.

When it comes to the growth in the country, progress has been immense. India has a production capacity of around 35 million vehicles in the year 2017. In the year 2020, it was the largest manufacturer of tractors and the second largest in bus manufacturing. Maruti Suzuki owns 50 percent of the current share of the market, and Tata motors held a great command of 40 percent of the shares.

With passing years, India emerged as an important part of the global automotive industry. The other factors that worked in the favor of this industry, are the road transportation sector, road network expansion, sustained economic development, etc. This has also led to an increase in the greater number of vehicles in the Indian subcontinent. The product development and investment cycle of the industry require long lead times with huge amounts of capital, and the domestic industry relies more on internal funds.

The majority of India’s automotive manufacturing industry is evenly divided into three clusters.

In the southernmost cluster, Chennai is the largest with a 35 percent revenue share that accounts for 60 percent of the country’s export. It is also the home of operations of Heavy Vehicles Factory, Engine Factory Avadi, Ford, Hyundai, Renault, Mitsubishi, Nissan, BMW, Hindustan Motors, Daimler, Caparo, Mini, and Datsun.

There is Mumbai, Maharashtra that is also along the Chakan corridor near Pune. It is the western cluster that is in the 33 percent share of the market. The models of Audi, Volkswagon, and Skoda are manufactured in Aurangabad. Mahindra has an SUV engine assembly plant located in Nasik. In the same area, the plants of General Motors, Tata Motors, Mercedes Benz, Land Rover, Jaguar, Fiat, and Force Motors.

The northern cluster revolves around the National Capital Region that contributes around 32 percent to Gurgaon and Manesar located in Haryana. Maruti Suzuki is based there that is the largest manufacturer in India.  The merging cluster is in the state of Gujarat where the manufacturing facility of MG Motors in Halol, Atul Auto in Rajkot, Ford, Maruti Suzuki, and Peugeot-Citroen plants are also going to be located in Gujarat.

Hindustan Motors, which is inactive these days, is located in Kolkata. Noida has Honda, Bangalore and Andhra have Toyota, Volva, Scania, Isuzu, and Kia.

As stated above, India is the fourth-largest passenger vehicle producer in the world. In the year 2018-2019, India was able to produce 4.06 million cars. We will present the list of models that are manufactured in India, either from Indian companies or foreign companies.

Renault, Nissan, Datsun, Mitsubishi, Ford, Fiat, Honda, MG, Toyota, Skoda, Audi, Jaguar, Landrover, Mercedes Benz, BMW, and MINIAll of the details are the foreign companies that manufacture and also market their products in India. If we ignore the problems with overcapacity and low profitability, the industry has a strong influence and importance.

Impacts on the Industry

There is such a large competition with the Japanese automakers to meet pending government regulations on emissions control and safety. Fuel economy has also been a major competition issue in the current market.

The Covid-19 situation has created a great impact on the industry. The domestic manufacturers are going to witness serious financial issues. It is believed that the domestic automotive industry is highly mature and also cyclical.

The cars that are traditionally built in America have been disadvantaged in major foreign markets because of such high gasoline taxes to accomplish energy conservation goals, and it also taxes revenues. The gasoline prices are noticed to be higher are higher overseas, therefore it becomes easier for Japanese and European companies. It introduces costly fuel-saving technologies that are more quickly throughout the world than for American companies.

Greenhouse emission is certainly a big factor that affects this vehicle industry. If we consider the impact globally, Europe appears to be ahead of the US in the emissions of greenhouse gases.

Although the automobile industry has made some progress in introducing flexible manufacturing, it has failed to match That high level of manufacturing and organizational efficiency.

The problem of decreasing air quality is also rising continuously. The increase in congestion has been a reason for concern within the industry. India is considered the most traffic-congested country in the world. The government has taken various steps to eradicate traffic congestion.

With the increase in population, the number of vehicles increases. It also enhances the amount of traffic on narrow roads that are partially developed. Since sustainability is the need of the hour, this aspect is causing an effect on the industry.

The Automotive industry is growing in India, and in coming years, it is expected to lead globally if negative effects from the manufacturing are controlled. The industry leads in all aspect and had an increasing graph over the years. We have talked about the positive and negative aspect of the industry in India. India is a prominent auto exporter that also has strong expectations for the near future. In addition to this, several initiatives are adopted by the government. That would make India lead in the two-wheeler and four-wheeler market.